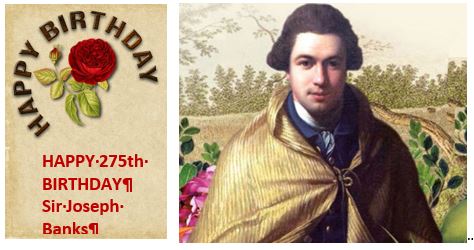 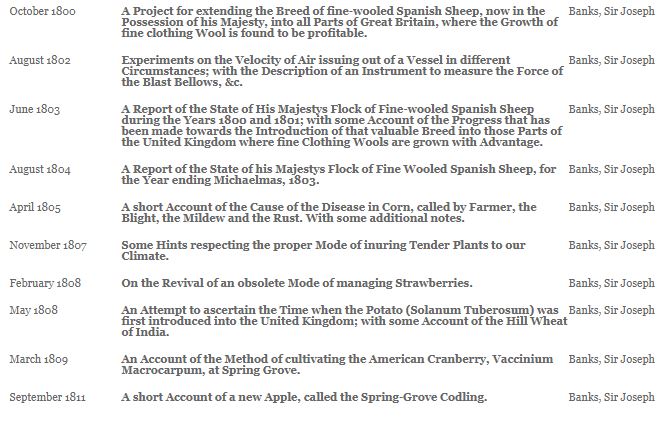 These articles can ve accessed via:  https://www.nicholsonsjournal.co.uk/nicholsons-journal-index.html

On 1 June 1784, Nicholson wrote to his good friend Mr. J. H. Magellan with: ‘A description of a new instrument for measuring the specific gravities of bodies’.

According to Museo Galileo, hydrometers date back to Archimedes and the Alexandrian teacher Hypatia, but the second half of the nineteenth century saw the design of several types which were well-used in industry of which “the better-known models include those developed by Antoine Baumé (1728-1804) and William Nicholson (1753-1815)”.

Nicholson’s paper, which does not seem to be accompanied by a drawing, was published the following year in the Memoirs of the Manchester Literary and Philosophical Society (London: Warrington, 1785) 370–380, and can be accessed via Google Books

In the first edition of Nicholson’s A Journal of Natural Philosophy, Chemistry and the Arts, Nicholson wrote an article about the hydrometers invented by Baumé – one for spirits and one for salts - which had never been used in this country, but never mentioned his own earlier invention.

In June 1797, Nicholson published a translation of a paper that had been read in France at the National Institute by Citizen Louis Bernard Guyton de Morveau (1737-1816), and then published in the Annales de Chimie.  Nicholson points out that ‘this translation is nearly verbal’ as he finds himself writing about his own invention.

Comparing Nicholson’s hydrometer with that designed by Fahrenheit which he described as ‘not fit for the hand of the philosopher’, Guyton de Morveau says:

“The form which Nicholson gave some years ago to the hydrometer of Fahrenheit, rendered it proper to measure the density of solids.  At present it is very much used.  It gives, with considerable accuracy, the ratio of specific gravity to the fifth decimal,water being taken as unity.  …  It does not appear that any better instrument need be wished for in this respect.”

Of all of Nicholson’s inventions, this one still bears his name and is called Nicholson’s hydrometer today.  Examples can be found in several museums, and it is possible to purchase a modern version for use in school experiments for just a few dollars.

The Oxford Museum of the History of Science kindly showed me their Nicholson’s hydrometer from 1790. 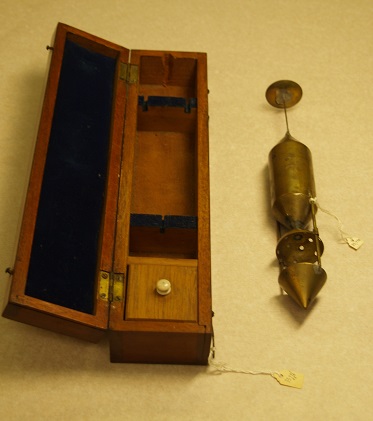 Others can be found at:

The VirtualMuseum of the History of Mineralogy (Private collection)

Sadly, I couldn’t find a video online with a demonstration of Nicholson's hydrometer being used.  If anyone knows of one, or feels the urge to produce one, I would love to share it on this website.

A MOOC (for those of you like me who did not know what this was) is a ‘massive open online course’, and Lancaster University and the Royal Institution of Great Britain are hosting one about Humphry Davy which will start on 30 October 2017.

The course will run for four weeks. Learners will typically spend three hours per week working through the steps, which will include videos (filmed on location at the Royal Institution), text-based activities and discussion, and quizzes. Learners will be guided at all stages by a specialist team of educators and mentors. It's entirely free to participate, and no prior knowledge of Davy is required.

Humphry Davy was a good friend of William Nicholson and they were both keen disseminators of knowledge, so would encourage you to spread the word to anyone who might be interested.

In 1797 young Davy had ‘commenced in earnest his study of natural philosophy,’ but this ‘soon gave place to that of chemistry’ and in his note book he recorded that his first experiments ‘were made when I had studied chemistry only four months, when I had never seen a single experiment executed, and when all my information was derived from Nicholson’s Chemistry, and Lavoisier’s Elements.’ (style='"Times New Roman",serif;' (Davy and Davy, The Collected Works,1839.)

Then in the Spring of 1799, Davy made contact with Nicholson sending two articles to include in A Journal of Natural Philosophy and the Arts, both of which appeared in the May edition:

There is much more to tell about their relationship, but now is not the time, so let’s get back to the MOOC …

This FREE course is intended for anyone with an interest in Humphry Davy, or early nineteenth century literature, science, or history. It will explore some of the most significant moments of Davy's life and career, including his childhood in Cornwall, his work at the Medical Pneumatic Institution in Bristol and the Royal Institution in London, his writing of poetry, his invention of his miners' safety lamp and the controversy surrounding this, and his European travels. The course will also investigate the relationships that can exist between science and the arts, identify the role that science can play in society, and assess the cultural and political function of science.

Free course – open to all - sign up today at